The lovely community of folks over at KBMOD.com have a regular feature in which they describe their Bro Caves, which are the dark, comfy rooms they set up their gaming PCs in. More importantly than the rooms though, are the specs of their actual PCs. Which all blow mine out of the water. Thus, this post won't make it onto their site, but I have been doing some finishing touches on the suitcase PC lately, and I think I can finally say -- tentatively as usual -- it's finished. So here's an attempt at writing something in the same spirit.

Bro Cave from an Alternate Reality

In some alternate universe, the fashion and decor tastes of bygone eras might still be with us today. And instead of laptops, we might have desktop PCs that are "luggable" like the old Commodore SX-64. And not only that, but we might all be using the Ubuntu operating system instead of Windows.

A man can dream can't he? 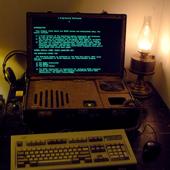 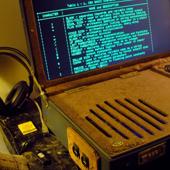 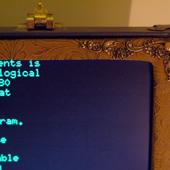 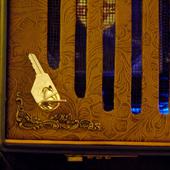 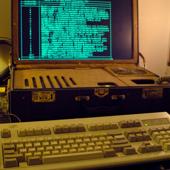 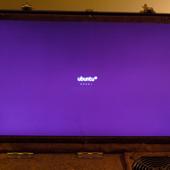 We might have flying cars too.
As detailed in the original build post, here are the specs:

Not very impressive by today's standards, but this post comes just in time for me to mention a new PC build I'll be undertaking, funds-permitting. The next one will be a real gaming & recording rig, inspired by the beastly rigs over at KBMOD, to replace my rapidly aging recording PC (which is actually an old dual-Xeon server I inherited from work... and we don't get rid of them unless they're pretty dang old).