This is a new type of "project" for me: planting a garden. I've been wanting to do this for a while now since I have a bit of land of my own, and finally it's come to fruition.

I went with a raised-bed garden, which means I made some 4 foot by 8 foot frames out of untreated 2x8s, and within the frames I added some organic soil to the native soil and mixed them together. Around the outside of the garden, I put up a fence to hinder critters from helping themselves to the fruits of my labor. 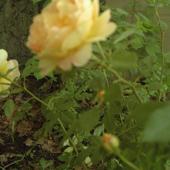 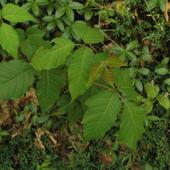 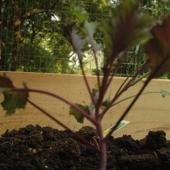 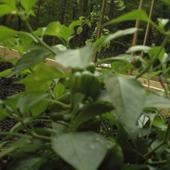 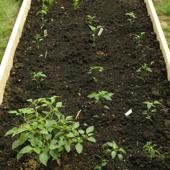 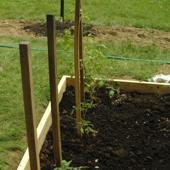 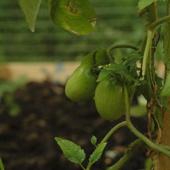 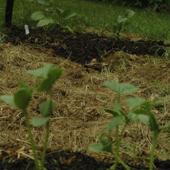 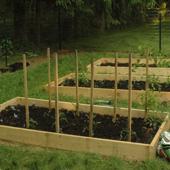 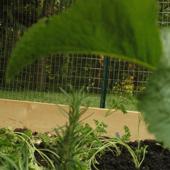 Near that fence I also put in a few viney-plants so that they could climb to their hearts' content.

What Have I Learned?

I only have a few gardening tips to share so far, but I'm sure I'll learn more quickly (since I'll likely fail quickly :).

The pics above were taken in early June, and it's now July... I'll try to remember to post some more pics when I start harvesting. Everything's already much bigger! I ate a salad the other day made entirely from homegrown romaine lettuce, kale, spinach, and tomatoes, and it was delicious. I don't even like tomatoes that much, but I figured, heck, I grew 'em, so I'm gonna eat 'em.