New Lungs For The TJ 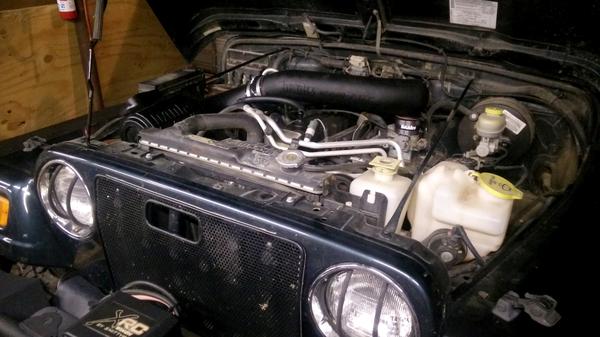 Here's a good example of why I've grown to hate rodents. For a long time, I thought they were cute fuzzy friends. Not any more. Some tiny devil decided to build their home in the air intake of the TJ out of fiberglass and paper towel shards. I don't know how long the intake was clogged, but I am certain it was not a happy Jeep.

Actually, I'm not sure if the rodents are worse, or the previous owner who decided to redneck engineer the air box... which is no doubt what made it such an attractive construction site: 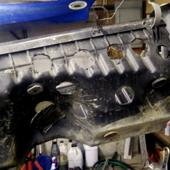 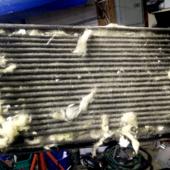 I'm sure whoever did this was after a few more horsepower, but instead he got mousepower. Anyway, as a result of this discovery, and just generally wanting a bit of better performance, I decided to replace the swiss cheese mouse house with a Banks intake. I figure that if there are any intakes on the market that actually do anything, a Banks would. I should probably get a new exhaust and tuner also, but one step at a time. 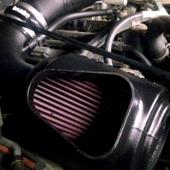 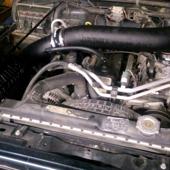 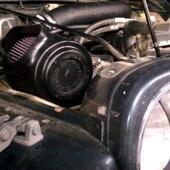 So far, it's a bit more peppy but it's hard to tell if that's because of the intake, or the sudden lack of R10 value insulation. Side note: there was a time that I considered getting a supercharger for it. But it's hard to justify the money on something frivalous like that when I'm still fighting the stock automatic transmission in the truck.