Zen and the Art of Linux Maintenance 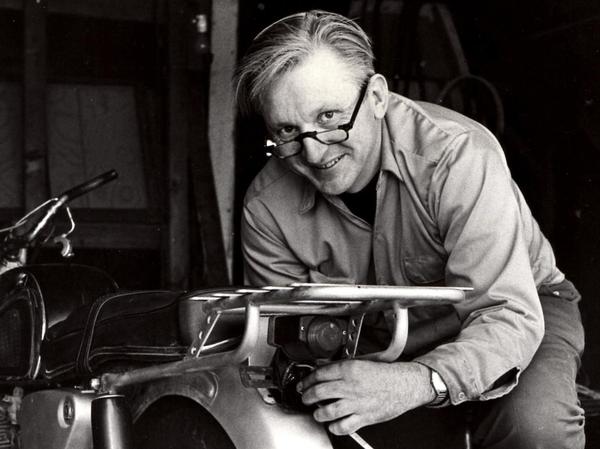 Though it's been on my "recommended books" list, I have to admit that Zen and the Art of Motorcycle Maintenance sat on my shelf half-read for a long time until this past week. Beth and I went to the beach with her family, and rather than my usual routine of drudging through an IT job during the day and filing unpleasant small-business paperwork at night, I was ripped kicking and screaming away from those things and forced to take part in some activities that I enjoy. Of course one of those things was video games, which I played more during vacation than I had the entire previous year. The other thing was reading. And I have to say, there are few books that lend themselves to being read while sitting peacefully on the beach than this one.

In some ways, it seems like Robert Pirsig wrote Zen and the Art just for me. My ego tries at times to justify my jack-of-all-trades-master-of-none nature by telling me things like "you're just a polymath or whatever", but the fact is that it's very hard to feel normal in a world where everyone else seems to have figured out their specialization, or at least they find they're good at something. I felt a bit more at home in Pirsig's world though, because clearly his mind wanders with insatiable curiosity into any area that piques his interest, even if he can only spend a short time there, and I'm thankful he was willing to write his thought process all down and take us along for the ride. (See what I did there?)

To very briefly sum up (with some minor spoilers), the book documents the author's motorcycle trip in the western part of the US with his son, and catalogues many of the thoughts he had along the way. With a background teaching rhetoric at the university level, he ends up delving frequently into philosophy and in particular the topic of subject-object duality. He is confounded when confronted with the question of which category the concept of 'quality' belongs in. In other words, can quality be found in the subject (the observer) or the object (the observed)? His answer, ultimately, is that quality is a third category and is even more fundamental than either the subject or the object. This realization and the process of trying to understand the implications, and the resulting affect on his family and work life, eventually drove him mad and he spent time in an institution, undergoing electro-shock therapy. It had such a profound effect on him that in his later life he dissociated himself from the part of his personality that pursued these concepts, referring to his past self as "Phaedrus."

There is a lot in this book and this is not going to be a review or critique or anything, I am certainly not qualified for any of that. But I wanted to get a few thoughts down before they fade from my mind.

The first observation that resonated with me is the notion that there are two types of people, those who enjoy getting lost in a project, and those who would rather outsource the project to someone else. The first category is where the author places himself (and I'd place myself there too), and the second is where his travel companions John and Sylvia fall. When they have issues with their motorcycle, John and Sylvia would rather take it to a shop. Robert would rather fix it himself, no matter how much more difficult or time consuming or expensive it might end up being. That there are people who naturally fall into either category, and most fall into the latter, is important for a nerd like myself to realize as it helps to make sense of the fact that the average person doesn't want to use Linux on their computer. The average person just wants it to work to accomplish some task, they don't find joy in the use of the computer as an end in itself. This helps explain why most people who grow up liking computers end up getting an IT job and then hating it. (This is also why we libertarians and principled conservatives rarely win elections and inevitably cede ground to progressive causes: most people just want the government, i.e. other people, to do stuff for them, rather than take responsibility for their own life.)

However, that doesn't mean that it's not worth introducing people to Linux -- or teaching them how to fix their own motorcycle. I think that is one of the points of the book.

The second big observation I made is how much I must take my worldview of traditional western Judeo-Christian theism for granted. I found myself thinking, many times, well of course quality is a third category... quality is the same thing as likeness to God or approaching God's standards. There are always three categories involved in any purposeful act: the subject (actor), the object, and God. There is a point where he alludes to this, and comes right out in saying something to the effect that Good and God are the same thing. So, as he rightfully concludes, the quality creates both the subject and the object.

I think this was clarified best for me when I encountered Euthyphro's Dilemma as explained by William Lane Craig. The dilemma asks (paraphrased into monotheistic terms), should we perform an action because God commands it, or does God command the action because it's good? In other words, are God's commands the standard of goodness for us, or do his commandments conform to some higher standard of goodness? If the former, it would seem that what's "good" is just determined by God's arbitrary whims. If the latter, then there would seem to be something higher than God, namely the standard of goodness he happens to conform to. The answer of course, is that this is a false dilemma, and the correct answer is that God is identical with goodness. In other words, God's commands are good because he is the definition of good, and therefore his commands could not be anything other than good. It is not possible for God to give a bad command, because then he would no longer be God. (You might be asking yourself, well then what if we think God's command is bad? Well, both knowing what his commandments truly are and knowing his motivations for his commandments are entirely separate questions, and not addressed here. Those would each lead to separate essays of their own. But suffice to say, not having answers to those questions doesn't unseat the answer to the dilemma.)

This principle can be extrapolated to include anything we tend to assign value to. Since God is identical with goodness, he is also identical with beauty, truth, justice, love, etc. And of course he's identical with quality. These things we experience in this world which we value aren't ends of their own. Rather, they are characteristics of God and therefore present in us since we were made in his image. We know the quality, and we recognize it in ourselves, in the objects in the world, and in the actions we take, because God placed the quality in us.

Bhuddists identify this greatest thing with the Bhudda, and Christians identify it with the Trinity. So to figure out which worldview more accurately identifies this greatest thing, you have to ask yourself which conception of God is greater. Is a God who inhabited a frail human shell so that he could come to earth and pay the price for our sins and set in motion the arrival of his Kingdom on earth, a greater God than the Bhudda whom to my knowledge did no such thing? I can't answer that question for you but I'm sure you can tell what my answer would be. That doesn't mean I'm outright rejecting Zen Bhuddism as worthless, of course. I'm sure Christians can learn something useful from it -- I can say my interest is piqued and I'd like to understand it better. It's just incomplete. Any religion or worldview with the wrong Godhead (including a nonexistent Godhead) will at best be incomplete and at worst totally evil.

Robert goes on to spell out some of what his understanding of quality implies in practical terms. To sum up: in order to love what you do, find your inner peace first, and you can accomplish any task with a quality that conforms to the highest standard... i.e., pleases God. To put that into Christian terms: pray. But I think that too often we think of prayer as 'talking to God', which it can be, but I don't think we listen enough. Maybe that's one of the things we can learn from Eastern worldviews. Meditation in a Christian context could mean just silently sitting, but rather than emptying your head of all thoughts, you fill it with God's peace and goodness. Perhaps we can find our Zen state in the day-to-day tasks we perform by simply inviting God to be there with us and participate, guiding our thoughts and actions toward his standards of goodness. Do things well not because God commands you to, but because he is present right there in every act of quality.

All of this is related in the book to what Robert knows -- motorcycle maintenance. But I have to wonder what he would say now about our modern use of technology. Clearly a lot of the properties of technology which he criticizes as being cold and soulless have gotten much, much worse since 1974. He ascribes this emptyness to most people's lack of the knowledge of quality and the resulting dualism (that subjust-object divide) which pervades western thought. Technology serves a purpose, but most of it does so without love. So we end up with cheap mass produced goods of low quality, big tech firms that turn their customers into the product and sell us to government agencies, and -- shudder -- companies that put Microsoft Windows on computers by default. (The thought of all those people who will never know the Zen-like state of using Linux saddens me deeply.) (Also, if he were still alive today, I'd lend Robert a copy of What Has Government Done To Our Money, since a lot of these bad technological trends, which I would categorize as malinvestments, are encouraged and compounded by the Federal Reserve.)

I guess I have always striven in my own way to do things right, but I am way, way too incompetent and lazy to do it consistently. I can certainly say that Zen and the Art of Motorcycle Maintenance has inspired me to put more deliberate care, love, joy, and quality into the things I do.

I don't have a whole lot more to say about the book right now, but I can confidently say that it's made a lasting impression on me and I'm sure I'll refer to it in future writings. I have lots of other thoughts, of course, but they're mostly just summarizing what's better spelled out by the author. So I'll leave it at that.