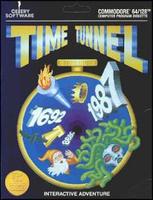 I need to write more about old games that I love. So here's an attempt to that end.

As I've mentioned before, ~~when I was young I had~~ I have a collection of Commodore 64s, and one of the games I remember playing a lot in my younger days is Time Tunnel. Time Tunnel is a strange game that places the main character, a nameless gnome, in a mysterious mansion (with four rooms) containing a broken time machine. The goal of the game is to find all the pieces of the fabled Gnome Treasure Map, store them all in a black hole in the year 9999, and thus reveal the location of the also-fabled Gnome Treasure. The pieces of the map are hidden -- you guessed it -- at different times throughout history.

The first thing you'll have to do, of course, is fix the time machine. This can easily be accomplished by doing the most obvious thing: starting a fire in the mansion's fireplace. You'll find a log in another room in the mansion, and you've been blessed with the gnomey power of shooting lightning from your fist, so just put two and two together. When you do so, a piece of the time machine appears on the coffee table and you can use it to bring the apparatus back up to full working spec. Just after you light the fire, make sure you get your torch out of your inventory "closet" (hold the fire button down) and light it... you'll need it later. 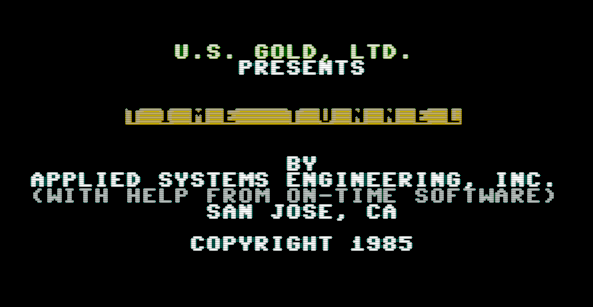 That's the kind of puzzling this game contains... puzzles that are just scratching the surface of intuition. The challenge ramps up later too, because you have to use items from one era to solve puzzles in another. When I was a kid, I of course found the game to be really difficult -- it wasn't until a couple years ago that I actually beat it. The key is having the manual, which gives clues to each of the levels. Unfortunately I couldn't find a manual online to link to though. 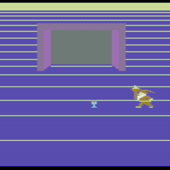 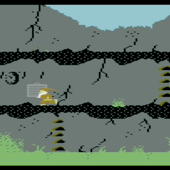 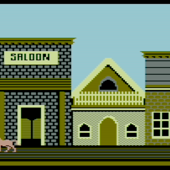 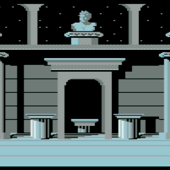 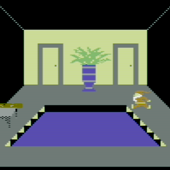 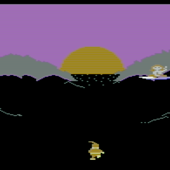 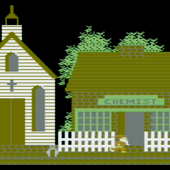 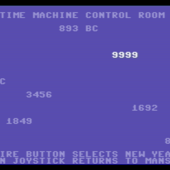 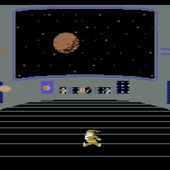 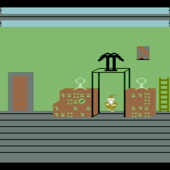 I had a lot of fun making the screenshots and reliving my childhood a bit, which happens every time I fire up this game. I love the colorful graphics and the catchy soundtrack... there's a longplay of it on the 'tube here.