Hands On with the Owlboy Demo 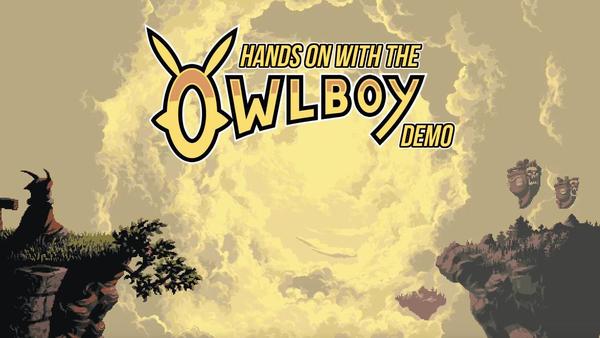 Discaimer: A preview copy of the game demo was provided.

You might not have heard anything about Owlboy... in fact it might have flown (heh) right under your radar. I’ve had my eye on it for years though, and ever since I saw early screenshots of it on D-Pad Studio‘s web site, I had a hunch it would tickle my fancy in all the right ways. The instant I fired up the demo and witnessed the finely crafted title screen and heard its majestically orchestrated musical score, I knew my hunch was about to be confirmed. 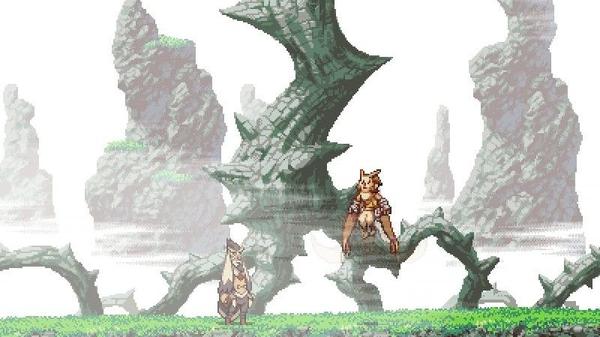 Owlboy is an indie, pixel-art-rich, hoot-em-up adventure game featuring Otus, a mute owl who at first seems to be unable to do anything right. But what kind of game would it be if the main character stayed that way? As you might expect, your little owl... uh... boy (he has wings and arms and legs... is he an insect?) starts learning new tricks right away, and you quickly discover one of the key mechanics of the game: lifting your friend, and village handyman, Geddy into the air so that he can act as your gunman while flying about. In the brief demo, you are led to explore the ways you can utilize Geddy’s firepower and also exactly when it’s best not to rely on him. There were some very clear Zelda references in the puzzle style early on, but quickly the puzzles went off into new and unique directions, taking advantage of Otus’s ability to fly at will. I particularly appreciated the fact that the game didn’t provide explicit instructions on how to use each ability, rather you had to figure that out by playing around with the items in the nearby environment. The tutorial-like nature of the demo never felt that way... I was just playing the game and getting to know the characters, rather than reading about what buttons I should be pressing. While I don’t want to give any story away, rest assured the writing is top-notch, the characters are charming, and I can foresee multiple story arcs unfolding already. 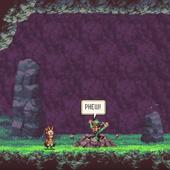 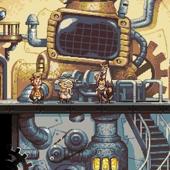 I didn’t know that it was possible to blend orchestrated music with chiptunes, but Owlboy pulls it off perfectly. The music changes dynamically and seamlessly when flying about, depending on what’s happening, and it conveyed a sense of grand adventure exactly the way it should in a story-driven game. (At times it reminded me of the ocean theme from Wind Waker, to give you an idea of the music’s mood.) The visual style, likewise, is not just an homage to the graphics of the 16-bit game era, it extrapolates them. The animations, in particular, are impressively intricate and really bring the characters to life. Small details like Otus’s facial expression when he’s disappointed, or the fact that when you are dropping downward your wings don’t flap (instead you just coast down), really made the game that much more engrossing, because I could sense the amount of care the artists and animators put into it. Likewise, although I only explored a few areas for the demo, the environments feel alive and full of possibilities, in a way that only 16-bit environments can. 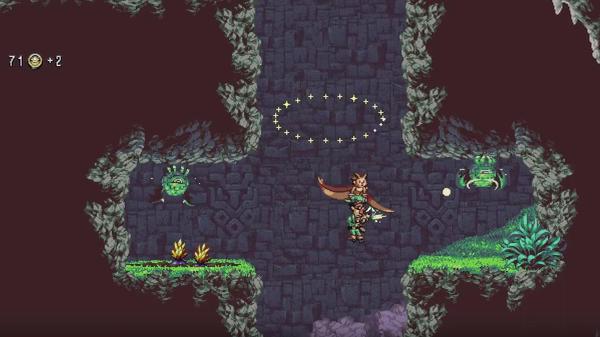 Owlboy’s demo convinced me that there is still plenty of room for retro-style games in the world, especially when they’re done this well. If the rest of the game unfolds at a pace similar to the way the demo did, I have no doubt it will be considered a modern classic. Since the full game unlocks today (November 1st), I hope you’ll consider checking it out if you’re as big a fan of pixely adventures as I am!