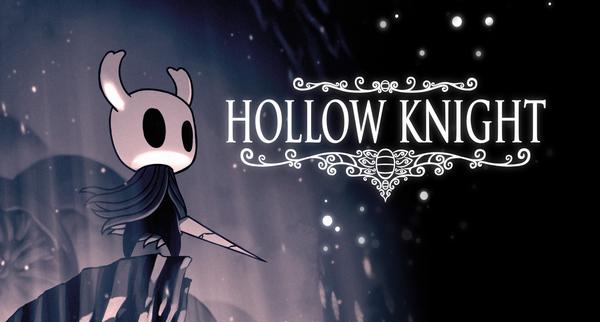 Since I know Hex is going to pick Zelda (and because I haven’t put nearly enough time into it yet), I decided to throw everyone for a huge loop this year and pick an indie platformer as my GOTY. And not only that, but it’s a game that has the word “Knight” in the title, which to my knowledge has never been done before. That’s right, my GOTY is Hollow Knight, the ~~buggy~~ bug-infested metroidvania set in a deep, dark, dank underground insect kingdom full of formidable foes and friends alike.

As with many exploration-based games, Hollow Knight was a bit slow to get started, primarily because I had no idea what I was doing. But gradually, as I got to know the characters and enemies, and as I unlocked the main character’s abilities, both the gameplay and story opened up in an incredibly satisfying way. The game is certainly challenging, and every new area I unlocked struck fear into my heart. However, the challenge was never unfair, and there was always a fitting reward after a new challenge – whether it was a new ability or simply a hot spring where I could recharge briefly and chew the fat with some of the natives (and save the game).

I can’t recommend Hollow Knight enough if you’re into exploration platformers. The art and music are gorgeous, the gameplay is tight and rewarding, and the atmosphere is just so well fleshed out that you’ll keep going back over and over to uncover more secrets and surprises.