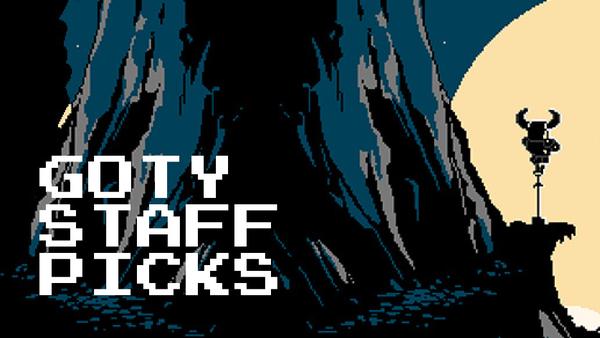 For the pixelsexuals of the world, the year of our Lord twenty-fourteen gave us a wide array of opportunities to express our unnatural affinity for tiny squares. Highest on my list of such opportunities is Shovel Knight, the NES+ style platformer, from Yacht Club Games (available for Wii U, 3DS, Windows, Mac, and Linux).

In this game, the protagonist — let’s call him Spade Warrior — is thrown into a 2-dimensional world where the spectrum of visible colors is quantized into only a handful of discrete wavelengths. Additionally, there is a constant stream of music playing in the environment which sounds like it, too, is quantized using some sort of electronic synthesizer. Limited to motion only on the X and Y axes, he who slays with a garden tool must save his friend from the clutches of the ever floaty and purple (because we all know evil is purple) Enchantress. 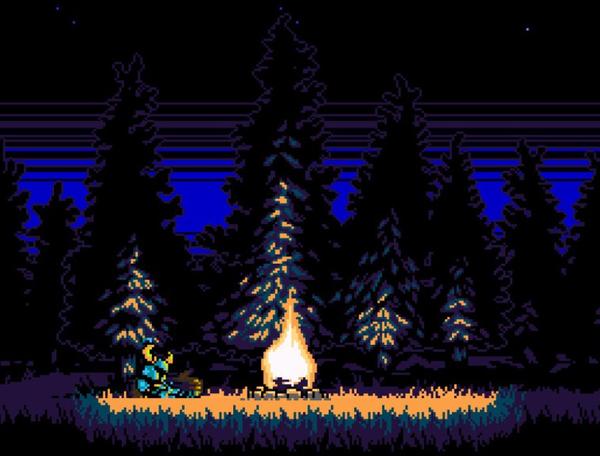 But let’s be serious for a moment – Scoop Fighter is a fantastic game that, on the surface, plays like a genuine honest-to-goodness Capcom game from the NES era… all the while coming across as completely fresh and original. The way it feels under your fingers is a huge part of why it’s so satisfying. In fact, the controls are so tight and precise, and the platforming challenges are so crafty, that playing it via Steam in-home streaming introduces too much input latency for enjoyable interaction. Unfortunately for me, that initially meant I had to boot up that OS-which-must-not-be-named for the best experience since the game wasn’t available on Linux at launch. A good platformer necessitates low input latency. Thankfully, the game was later updated with proper multi-OS support and my second playthrough was on the big screen hooked up to my Linux HTPC/SteamBox.

That speaks volumes of my smittenness with Trowel Champion! I played through it a second time and I will probably play though it many more times. I am not even concerned with getting “achievements” or whatever else they bolt on to games nowadays to increase replay value. I just wanted to play it again. There’s so much charm lovingly sewn into the experience that I wanted to relive all of the lush environments and repeat my interactions with all of the memorable characters. 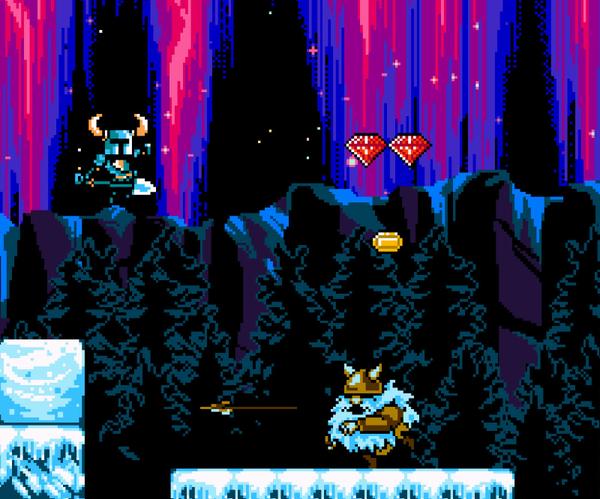 And let me say something more about that music for a second – Good Lord, the music! One of the first pieces of media that drew me in was the initial trailer that was released for the game. It instantly transformed me into a Kickstarter supporter. I still watch it from time to time because the music is just awe-inspiring. There’s good video game music and then there’s good music that happens to be in a video game. This is the latter. I was humming along with the lyrical melodies and the masterfully interwoven counterpoint for almost the entirety of my initial 7 hour playthrough. (Yes, I took my time. I wanted to explore every nook.)

Let’s not pretend that Spoon Paladin is without its flaws, though. Really, my biggiest complaint is the length. I expected just a little bit more content – especially on the trailing end of the game after all the power-ups are acquired. This expectation no doubt stems from my own comparisons of the game with the Megaman series; in which after beating the boss levels, you find you’ve actually only made it halfway through the game... so maybe it’s not exactly fair to expect that of this game. Either way, it sure wouldn’t have hurt! With all that said, I do think it’s a reasonable length for the price. I just hope we see another game built on this engine and with this much charm. Please Yacht Club, give us Ladle Hero 2.

So to answer the question I know you’re asking: Yes. Shovel Knight is definitely worth picking up if you haven’t already. If you currently have it in your library, go play it now. Do it. Go ahead, I’ll wait.

All of these are also available on Linux.