So here's a good example of the flexibility of open source software. I sponsored an Ardour feature request (see here ) last week.  It is now implemented in the 3.0 branch (which is still in early alpha phase, very unstable, might get released this fall sometime).  Attached are screenshots of my mockup and the final implemented feature (notice the "group tabs" to the left and above the channels).  There are several other workflow-related improvements that go along with the feature as well... all in all it turned out better than I expected, and I think it will be a huge time-saver.  I only wish I could have paid more!  It was no doubt much more than \$75 worth of work.

Thanks to Carl H. (Hetherington I think) for implementing the feature, and of course Paul Davis and the rest of the developers for such a cool DAW. 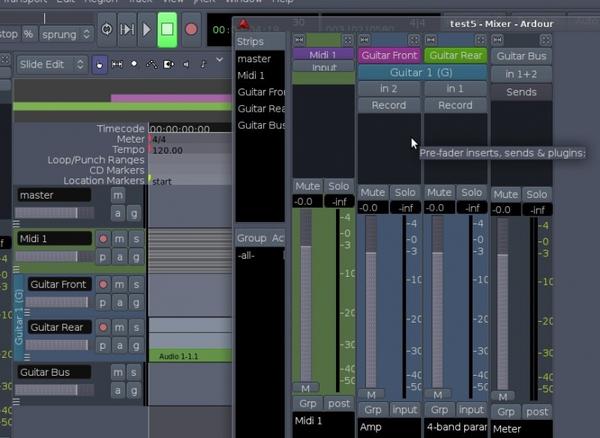 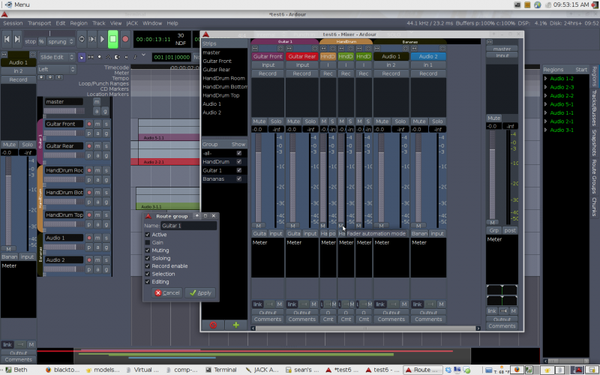